We’ve been a full-time act since 2004, touring nationally and in Ireland, and have a large global audience (47 million total spins on Pandora, including 22 million spins for our most popular song, “Drunken Sailor”). Our songs have appeared in TV and movies, including CBS’s The Good Wife (two songs in episode 86, “Death of Client”), and 2016’s romantic comedy How To Be Single. Read full bio > 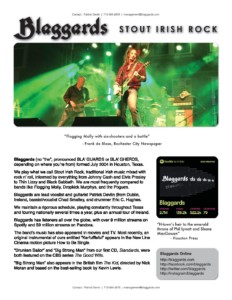 One Sheet for press & promoters (PDF) 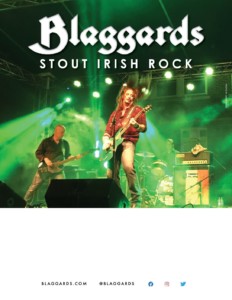